What is Emotional Intelligence?

EXPERTS NOW GENERALLY CREDIT A CHILD’S EQ (EMOTIONAL INTELLIGENCE) WITH BEING A MORE ACCURATE PREDICTOR OF SUCCESS IN LIFE THAN HIS OR HER IQ.

That’s a switch! Goleman, author of the book Emotional Intelligence (1995), was delighted when his book globalized the concept!

The two areas of the brain that help us define Emotional Intelligence are: 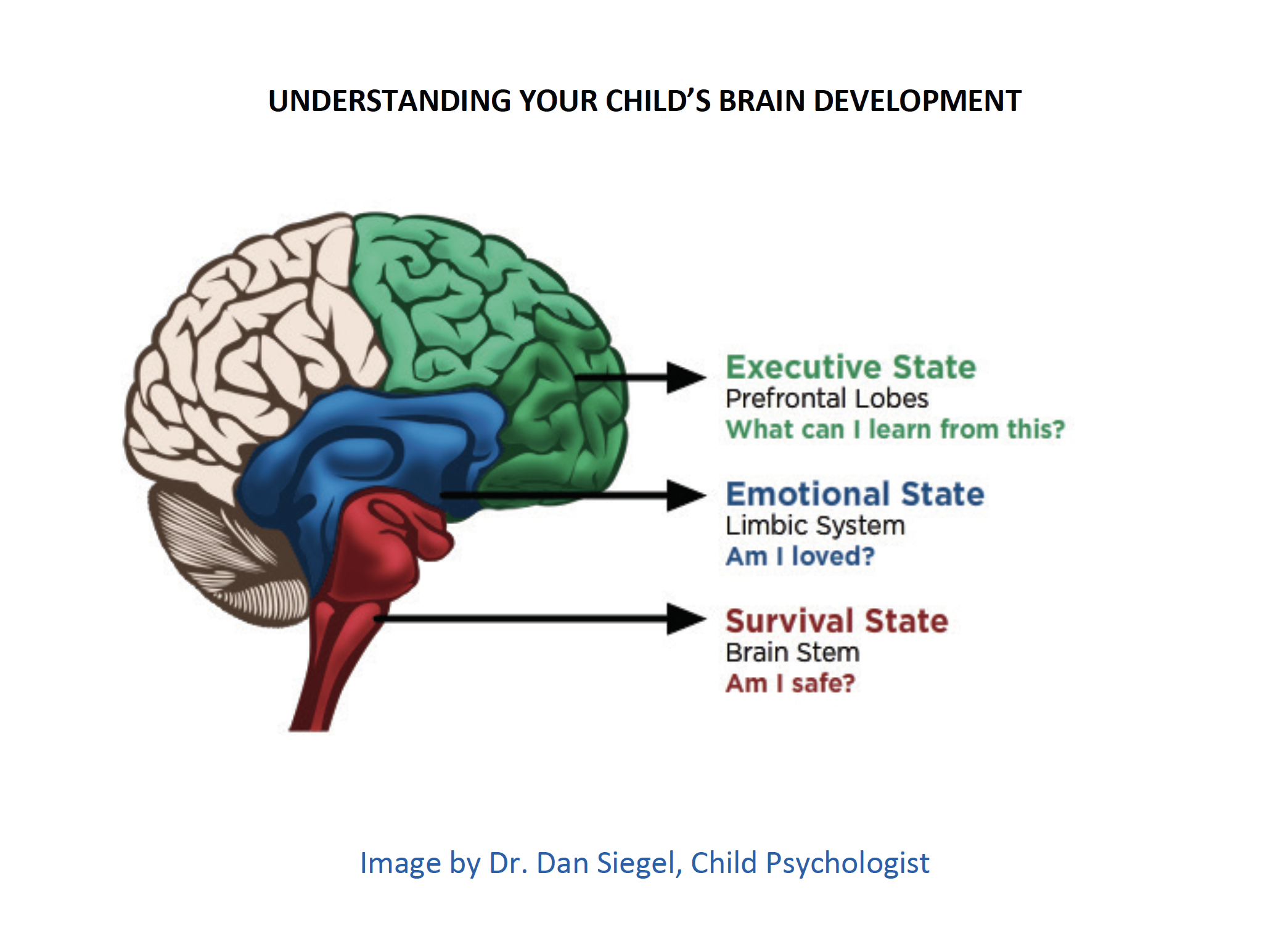 Good coaching helps you and your family

SO WHAT DOES EQ LOOK LOOK LIKE IN YOUNGER CHILDREN?

Let’s say Billy breaks in line in front of Sarah. If Sarah has a high EQ, she will first become aware that her emotions are about to hijack her brain and make her shove Billy back where he ought to be! That awareness sets into motion self-regulation, like taking a deep breath, counting to 10, tightening and releasing her fists. The relative calm this produces sends the situation up to Sarah’s PFC (Pre-Frontal Cortex) in the blink of an eye, where it can problem-solve, for a more socially acceptable solution to the problem.

Sarah can now choose to calmly confront Billy or report it to the teacher for help. However, Sarah’s EQ may have kicked in her empathy. In that case, she may have noticed that Billy is just having a difficult time today, and needs a break. So, it’s not worth falling on her sword for her place in line…this time. Communication and connection is intact, Sarah is contented and Billy relaxes because it seems to him Sarah might just be a friend.

Sarah has acted in a resilient fashion and Billy has a new friend. Can’t we all use a bit more EQ in our lives?

*The 4 Fundamental Pillars of Emotional Intelligence

WHAT DOES EQ LOOK LIKE IN AN OLDER CHILD?

Jerod couldn’t wait to get home from school. He didn’t have much homework, so he planned to play Fortnite with his friends for the hour of video time his parents allotted him on a school night.  On the way home, his mom gave him time to decompress:  he plugged in his earphones and listened to his music for the first 5 minutes of the ride.  Then, as he always did, he took out his earphones and Mom and he chatted about the best and worst of the day.  He told his story and she told hers.  That night, mom put his little brother to bed and he had the evening to play his game.  When 9:00 hit, he was supposed to be done, but there he was in the round, and his team was going to win.  His parents called up for him to get off the game.  He knew if he ended right now, he’d be penalized and his team would be really mad at him, as they might think he abandoned them when they needed him most.  So he asked for 5 minutes more.  Mom and dad said okay, but he knew that if it was longer than 5 minutes, the internet control they programmed would shut him off anyway.  The round was almost done, and the game went dark.  Jerod punched his pillow in frustration!

Dad came upstairs.  He sat down and said “Man, that can’t be fun. I’m sorry, bud.”  Jerod took a deep breath.  “They’ll never let me forget this!” he groaned.  So Dad and Jerod spent a few minutes talking about how he was going to handle his friends the next day.  They knew that most of the kids were pretty cool and would understand.  They had their own curfews.  But there was one guy, Andrew, who would be really angry.  Andrew was always angry.  He played at least 4 hours every night in his bedroom.  Dad’s motto with guys like that was “Disengage.”  Jerod decided he would tell Andrew that even though he liked playing with him, it wasn’t worth getting mad about.  If he couldn’t deal with Jerod’s rules at home, they don’t have to play on the same team in the future. Then he’d walk away (and disengage.) Jerod knew that Andrew was always spoiling for a fight, so he planned to just walk away and “disengage” after he said his piece.  Jerod went to bed feeling that his parents and good friends were there for him, and feeling a bit sorry for Andrew, whose whole life was wrapped up in those games.

Personal growth begins with self-awareness, the first pillar of EQ.  When we develop self-awareness, we develop an ability to look down and “see ourselves” on the operating table of life.  We can say “There I go again! I’ve got to change this pattern!” or “I actually conquered my fear about that!  Good for me! I’ve got to remember how I did that so I can do it again in another situation!”  Then we can employ the other three pillars (self-regulation, empathy and social skills) to navigate through the changes we want to make.  We can grow as we interact in healthy ways with ourselves and with each other.  It is our self-observing ego that give us a sense of agency, with the capacity to grow and change ourselves and our world.  And that is even better than IQ.